Constitutional Reform: Donetsk and Lugansk Demand Virtual Sovereignty. Russia Insider’s Alexander Mercouris analyzes the Ukrainian constitutional reforms now proposed by the Donetsk and Lugansk People’s Republics, in which sweeping autonomy is demanded for the two regions. His profound and optimistic conclusions are quoted at length in the Quemado Institute commentary Independence May Be Inevitable: Novorossiya Republics Propose Ukraine Constitutional Reform (May 14). 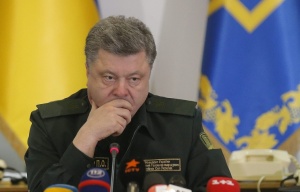 Poroshenko Retracts Airport Recapture Vow. On May 11, Ukraine’s presidential press service published a statement by Kiev regime leader Petro Poroshenko saying Kiev intends to recapture the Donetsk airport from the militia forces. Now, Poroshenko has retracted that statement. According to Tass (May 14), “In an interview with German ZDF TV channel, Poroshenko said: ‘I advise you not to read Russian newspapers. They are the only source where you can find such nonsense.'” Editor’s note: presumably the retraction was in response to US Secretary of State John Kerry’s surprising condemnation of the remark. Will this bring peace to civilian districts near the airport, where shelling has continued almost unabated?

Sitrep of Eduard Basurin as of May 14, 2015 / Novorossia Today / May 14, 2015/ Donetsk People’s Republic, Novorossiya / Ukrainian army has violated the ceasefire regime 43 times over the past 24 hours, the DPR Defense Ministry told the Donetsk News Agency. “During the last 24 hours, we recorded 43 instances of ceasefire violations by Ukrainian Armed Forces. They used mortar-guns 17 times, artillery – six times, tanks – eight times, anti-aircraft guns – twice, APCs – once, ATGMs – four times, and grenade launchers and small arms – five times. Ukrainian Army fired on 12 cities and towns, but it is not clear if there were civilian casualties or infrastructure damage. They attacked Krasniy Oktyabr, Zaichenko, Shirokino, Zheleznaya Balka, Grigorovka, Spartak, Kalinovka, Novaya Maryevka, Zhabichevo and Donetsk (Volvo Center, the Donetsk airport, Oktyabrskaya coal mine). The DPR army did not open response fire back and did not react to the enemy’s provocations. The information on casualties is being specified,” — the DPR Defense Ministry spokesperson said.

Hollande denounces ‘unacceptable’ violations of Ukraine ceasefire / AsiaOne / May 14, 2015. AACHEN, Germany – France’s President Francois Hollande on Thursday denounced as “unacceptable” ceasefire violations in eastern Ukraine, after speaking briefly with his Ukrainian counterpart Petro Poroshenko in Germany. “There are ceasefire violations today and that’s unacceptable,” Hollande told reporters, adding that “there is a risk of fresh unrest and we need to warn them of that”. Some of these “groups have an interest in making this conflict last and we know which groups these are easily,” he said, without giving further details when asked about the violations. At the same time, Hollande said he also reminded Poroshenko that Kiev also needs to “respect a certain number of conditions”. The French president added that during his impromptu conversation lasting 15 minutes with Poroshenko, the two leaders discussed the implementation of the Minsk truce accord. He also stressed that France wanted to see the Minsk deal implemented in full. NDS Editor’s note: Hollande did not clarify which “groups have an interest in making this conflict last.” We hope he correctly refers to the rogue neo-Nazi battalions of Ukraine.

Poroshenko, Hollande meet in Aachen / Quemado Institute / May 14, 2015. Kiev regime leader Petro Poroshenko and French President Francois Hollande met today in Aachen, Germany. Also known as Bad Aachen, the spa town lies in North Rhine-Westphalia at the foot of the Eifel and Ardennes Plateaus. The two leaders discussed the conflict in east Ukraine and the upcoming Eastern Partnership Summit to be held in Riga, Latvia’s capital.

Poroshenko is currently on a working visit to Germany. He met with Chancellor Angela Merkel on Wednesday and plans to talk with European Council President Donald Tusk on Thursday. The fourth Eastern Partnership summit, scheduled for May 21 and 22, 2015, will be chaired by Tusk who, along with the President of the European Commission Jean-Claude Juncker, will represent the European Union. Latvian Prime Minister Laimdota Straujuma will host the event. High on the agenda is de-escalation and a political solution to the crisis in Ukraine, and the peaceful settlement of other unresolved conflicts in the region.

Ukraine May Establish Concentration Camps. Kiev regime head Petro Poroshenko has given the green light to a bill allowing internment in camps of any foreign residents that pose a “threat” to Ukraine. Numerous Russian citizens residing in Ukraine are the obvious target. According to Sputnik, The bill also provides for the introduction of compulsory labor service for all residents of working age, the possibility of asset expropriation, a ban on rallies and meetings and restrictions on the activities of the media and political parties ‘inconvenient’ to the regime.” see full report at Poroshenko Green-Lights Bill Allowing Russians to Be Sent to Internee Camps (May 12). 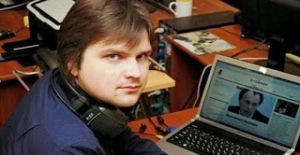 SBU Detains Odessa Editor. Yuri Tkachev, editor of the publication “Timer”, has been detained for interrogation by Ukraine’s Security Service (SBU). Other employees are also being questioned. Laptops, ID, phone, SIM-cards, and notebooks were seized. According to Red Star Over Donbass, “The interrogation of four of our employees by the SBU continues. According to the search warrant, they are held in the framework of a pre-trial investigation of criminal offenses under Article 110 of the Criminal Code (infringement on the territorial integrity and inviolability of Ukraine, committed on prior arrangement by a group of persons). It provides a restriction of freedom for a term of three to five years, or imprisonment for the same period.” See Odessa: Timer journalists searched & detained by Ukraine junta (May 14).

Kiev “Prime Minister” Fails to Deny Genocide:
In Paris, Yatsenyuk Was Asked When He Would
Stop the Genocide in Donbass

The Prime Minister of Ukraine Arseniy Yatsenyuk paid a visit to Paris, where he held talks with the leadership of France. Afterwards when he spoke to the press, the French-speaking journalist of “Eurasia Express”, Sello Frederick, asked him two questions.

“Mr. Yatsenyuk, when will you stop the genocide of the Donbass?” asked Sello.
“At the time when Putin retreats, obeys the Minsk agreement, and respects international law. And when Russia is brought to justice,” said the head of the [Kiev] Cabinet.
“You have killed six to ten thousand people. You will continue?” the reporter asked in a further question.
“It is awful, when President Putin holds-wing politics [sic], killing innocent Ukrainians. He killed innocent Ukrainians, illegally annexed Crimea, and invaded the Donetsk and Lugansk [regions],” said Yatsenyuk. After that Sello tried to continue the dialogue with the prime minister, but he turned his attention to questions of other journalists. [Novorossiya Daily Sun editor’s note: The above article was posted on the website of Anatoly Sharij, a Ukrainian journalist in exile. For more on Sharij, see item below.]

Paul Craig Roberts: Hell Unleashed. A May 13 commentary by the masterful American analyst includes a marvelous video of Russia’s Victory Day Parade. “This is what the arrogant morons who comprise the US government have stirred up,” says Roberts, later adding, “Warmongers control US foreign policy.” See full commentary with video at Information Clearinghouse.

Saker on Sochi: US and Kiev Not on Same Page. The Saker analyzes US Secretary of State John Kerry’s visit with Vladimir Putin and sergei Lavrov in Sochi, Russia, concluding that “the Americans have finally (!) figured out a few basic facts: Russia will not back down; Russia is ready for war; the Nazi-occupied Ukraine is collapsing; most of the world supports Russia; and the entire US policy towards Russia has failed. All of the above is rather obvious to any halfway competent observer, but for an Administration completely intoxicated with imperial hubris, crass ignorance and denial these are very, very painful realities to catch up with. However, denying them might, at the end of the day, get the USA nuked. As the expression goes, if you head is in the sand, your ass is in the air.” For Saker’s amusing, realistic, detailed and rather optimistic commentary, see Yet another huge diplomatic victory for Russia (May 13). 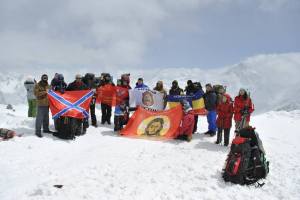 Donetsk Climbers Conquer Elbrus. On the Victory Day, climbers of the Donetsk People’s Republic, including representatives of the “Vostok” brigade, “Kalmius” brigade and the Don Cossacks, conquered Mount Elbrus (5,642 m). — at Mount Elbrus. Source: Truth about situation in Ukraine (May 13).

New Lugansk Leadership Offers Hope For Donbass Unity - Eduard Popov - Introduction - LPR Presidential Transition: The Dark Side and the Light Side - By Kennedy Applebaum - Lugansk after the Coup: Towards a Unified Donbass People's Republic? - By Eduard Popov - Fort Russ - November 26, 2017

Malorossiya vs. Minsk: Is Poroshenko a Naked Emperor?

July 19, 2017: The State of Malorossiya is What the Ukrainians Believe - By Karl Pomeroy - Quemado Institute Main Post

July 9, 2017: Putin-Trump G20 Talk: Perspectives of the Russian Leaders - “Mr Trump’s television image is very different from the real person; he is a very down to earth and direct person, and he has an absolutely adequate attitude towards the person he is talking with; he analyses things pretty fast and answers the questions he is asked or new ones that arise in the course of the discussion.” –Vladimir Putin, July 8, 2017 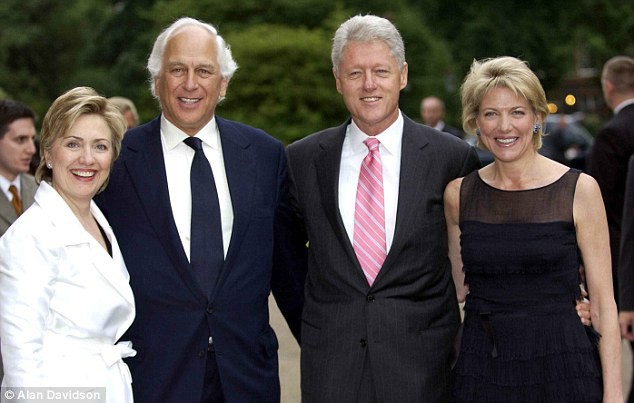